Final Fusion is coming to Kickstarter 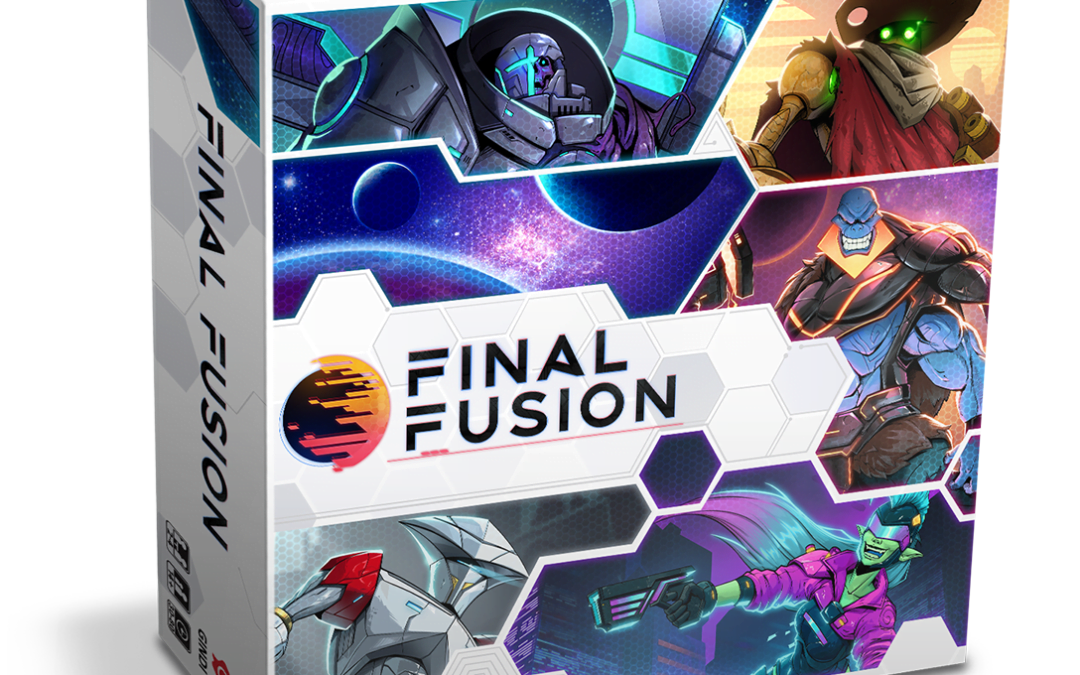 Mix two unique factions and lead them through a constant conflict in a tight space. Colonize, upgrade and dominate to be the first to perform Final Fusion.

Final Fusion is a 2-5 player competitive game where you become a villainous commander in charge of two unique factions. To win you must perform Final Fusion – an action that leaves you vulnerable unless you gather Void Particles first. Wait too long, and see other players win the game.

Final Fusion is a 2-5 players 60-90 m conflict-driven space game, where each player leads an alliance of two alien races. Both races contribute a set of unique cards (used for actions and conflict resolution) and their Fleet (represented by a miniature with a functional tray to put our armies on).

From the first turn of the game, you partake in a “Fistfight in a space elevator”. Every turn you’ll have bloodthirsty neighbours waiting to strike. It is crucial to pick your battles, keep tabs on opponents, know when to push forward and when to tactically retreat.

The aim of the game is to achieve the eponymous Final Fusion, a feat of cosmic engineering on par with building a death star. This task requires getting Void Particles (VP for short), either by extracting them from planets, colonizing locations, or dominating your opponents. While at it, players strategically buy new technologies for their decks, gain Traits, and man their fleets to prepare for massive space battles.

Beware! The more VP you have, the easier it is to perform Final Fusion, but if you wait too long, another player might initiate the Fusion before you.